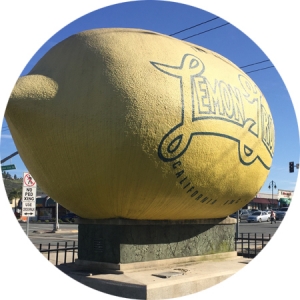 IPS has been providing alcohol and drug prevention services in Lemon Grove since 2002. With assistance from countywide prevention providers and concerned community members, IPS provided technical assistance to pass a Social Host Ordinance (SHO) in Lemon Grove in 2003. Lemon Grove’s Social Host law imposes an infraction on individuals who host underage drinking events on property they own, lease or otherwise control. The purpose of the ordinance is to deter underage drinking parties by decreasing social access to alcohol by underage youth.

Utilizing this data, the coalition advanced an Alcohol-Free Parks campaign in Lemon Grove which helped revitalized the local parks and make them safe and more family-friendly.  The campaign was supported by local merchants who were concerned public drinking was hurting their businesses. In response to the comprehensive effort, the Lemon Grove City Council voted unanimously to make parks off-limits for alcohol and marijuana use.

Additionally, IPS provided technical support to THRIVE Lemon Grove, to build awareness of the Community Gardens Project in the city. While the project’s primary goal is to provide the community greater access to fresh fruits and vegetables, it also helps community members spend more time outdoors, build relationships with their neighbors and provide an alternative to drug and alcohol use as a means to occupy time. The garden also includes areas for butterflies and hummingbirds. The Lemon Grove Community Garden provides meaningful, hands-on agricultural activities for residents that helped add beauty and vibrancy to the community.

IPS East County is also an active member of the Lemon Grove Clergy Association which provides a monthly gathering for spiritual leaders to share the experiences of their congregation and identify areas of mutual need, interest and support. Churches and their leadership often see the direct impact that drug and alcohol issues have on their congregants and community. IPS East County works to provide the clergy association with technical support and resources to advance a common goal of reducing the negative impact that drugs and alcohol are having on their community and to build a Lemon Grove that is healthy and thriving.

In addition, IPS East County participates in the Lemon Grove Collaborative, a monthly forum focused on building connections with the various community-based organizations that serve the schools, churches, businesses and the broader community. IPS regularly presents to the collaborative on emerging issues around drugs and alcohol and works with its members to ensure that youth, seniors and everyone in between are able to get access to valuable resources.